France-born singer Nadel Paris’ latest single “Ooh La La La La” has been bouncing around the Dance Club Songs chart for nearly two months, hitting a peak of No. 31. The song — an EDM production with piano pulsations — is Paris’ second entry on the chart, following last year’s “Freedom,” which peaked at No. 38.

Billboard caught up with the dance diva to talk about her song’s chart success. The singer, who identifies as bisexual, also talked about how she uses music to educate fans on gender and sexuality: “If a young man or woman can listen to my music and feel that their fluidity is valid, then I’m using my platform for good.”

Have you heard “Ooh La La La La” while you were out at a club yet?

I haven’t had the pleasure of actually being in a club while it payed, but I had a great moment: My friend Jenna was in her car in Orlando when she heard it and she called me so I could hear it on the radio. I’d really love to experience it playing in a club. There’s something so special about watching your music move people — both emotionally and physically.

I did perform the song and my single “Freedom” in a club in Los Angeles and — let me tell you — that was an out of this world experience. It was insane to see the audience connect with me and come alive to the beat of the music.

You are openly bisexual and vocal about bi-erasure. Why do you think the B is often cast aside when it comes to LGBTQ issues?

Bi-erasure has come to the forefront of social issues in the last few years, but it still has a long way to go. The problem with bisexuality is that it carries a bad stigma both inside and outside of the LGBT community. I guess it stems from this idea that we are not equal, that you are either gay or straight and there isn’t an in-between. I mean, it’s 2018 so we all know that sexuality isn’t defined like that and we are a much more supportive community.

Although I don’t think who I love is anyone’s business but my own, growing up without a visible role model for what I deemed my sexuality was difficult. It took me a long time to be open about my bisexuality.

How do you use music to educate people on gender and sexuality?

Music doesn’t discriminate. When I make a song, it’s for everyone. I love making people dance with one another regardless of race, gender, sexual orientation, background or preference. Maybe I’m not the most famous EDM artist yet, but if a young man or woman can listen to my music and feel that their fluidity is valid, then I’m using my platform for good. I hope that my music expresses my need for freedom; not just freedom to be who you are but basic freedoms. Today more than ever our freedoms are being taken away, freedom from want, freedom of worship and freedom of expression.

As a teacher, I feel passionate about educating people — gender and sexuality needs to be talked about in everyday life. We don’t do ourselves justice by sweeping it under a table. Those who are genderqueer, LGBT, genderfluid and more need to have a voice in this community. I am not an expert, but I think that music embraces people, bringing them together and helping them to find a home. I want to enable people to figure out what brings them comfort, happiness and joy much earlier than I figured it out. Life it too short to mask who you really are on the inside. 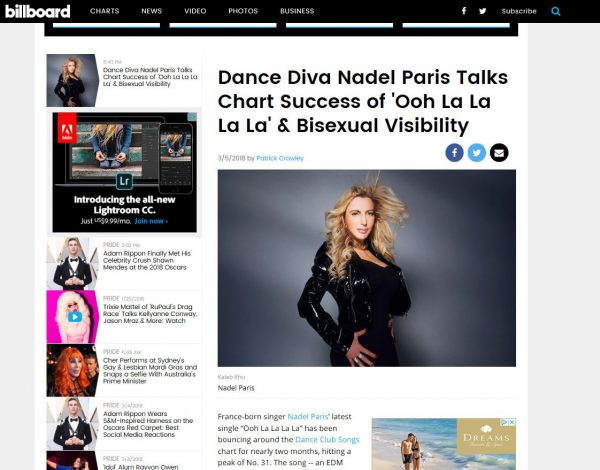 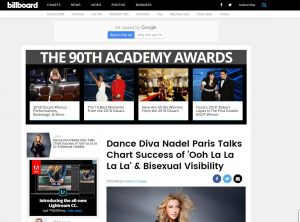 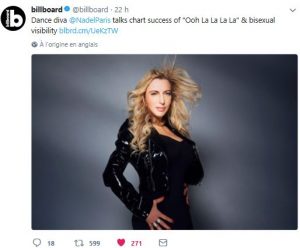